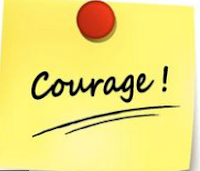 Jane’s background is not as uncommon as one would think. Her family life was abusive, not only physically, but emotionally and mentally as well. “I grew up with what many would call a harsh and cruel father and a disconnected mother. My father would embarrass and humiliate me and my mother allowed it.”
Because of her upbringing, everything in Jane’s life felt traumatic. She lived in a constant state of anxiety. “What I thought was fear and shyness was actually embarrassment and humiliation. Although I did not realize it at the time, embarrassment and humiliation kept me from trying new things, meeting new people and going to places that were unfamiliar. This is not to say I didn't do some of these things; however, if I did I felt an enormous amount of anxiety. I learned to avoid what I could. I feared looking stupid, messing up, being laughed at.”

For years Jane dug through her fears. What she kept coming back to was a profound truth that the way to heal her old trauma was through courage.. the courage to be who she really was. Who was that?

Because of her childhood trauma, Jane lost herself and became a follower. Following felt easy, less traumatic. Her layers, however, consistently guided Jane toward her leadership qualities. Fear kept her from getting there.

Fast forward to her adult life, and anything that remotely resembled humiliation or embarrassment stimulated Jane’s old trauma. Jane never learned how to cope with her childhood abuse. She ran and hid as a child; she did the same as an adult. She understood that most of the time running and hiding made no sense, yet she had not put the pieces together and had no control over her reaction.

Most recently, Jane had a huge breakthrough. She recognized that all her trauma and anxiety was attached to the humiliation and embarrassment she experienced as a child. This time, however, instead of running and hiding, Jane kept working this energy. Her next step was to learn how to deal differently, with courage.

As with all old patterns, when we are ready, life will present opportunities to heal ourself. Jane began to have experiences that showed her a new way of being. When embarrassment or humiliation reared its head, Jane used all her courage to face the situation and deal with it.. in a healthy way. Each experience allowed Jane to grow stronger and more confident. And within a short time, Jane knew she was healing the pains from her childhood.

“Once I understood the connections, I imagined that there was going to be one big event that was going to bring me from 0% courage to 100% courage, like a battle of wills. However, that is not what happened. The shifts occurred in stages. Little things started to change, and I felt myself slowly gaining courage with these little changes. As I gained my inner courage, I was able to verbalize how I felt without my cheeks turning red. I started to make decisions that I knew were right for my family without having to get approval first; it felt great. I started requiring my children to listen better; I'm the Mom and I deserve respect. Things started going more smoothly and peacefully at home. Now I feel so much better, I am happier and stronger and more quietly courageous than ever. What a wonderful feeling to finally be free from embarrassment and humiliation. I am looking forward to finally trying something new for myself that I've always wanted to...maybe learning how to dance!”

As Jane so eloquently voiced, “Courage is not loud, it does not scream or fight; courage is not aggressive or confrontational. Courage is a quiet strength from within...”
Email ThisBlogThis!Share to TwitterShare to FacebookShare to Pinterest

hello! thank you for the post. but how did jane find the courage that resided within her? through meditation? with prayers? with affirmations? herbs? or what else?
hope you could share so others might benefit.
thank you.

This was a wonderful question and one I thought Jane herself might want to answer so I went right to the source. This is how Jane answered your question and it is a powerful answer indeed:

"I found my courage only by allowing myself to get through the tough times of fear, anger, feeling unworthy, embarrassed, humiliated, etc. I realized finally that I am worthy of loving myself, of self-nurturing, of being happy with who I am. So I prayed alot, asking for strength and direction to lead me to those who could help me be healthier and happier so I in turn could do more for others. I read, and continue to read, the bible daily because it's God's letter to us and it brings me comfort. Some of the therapies I've used and continue to use are Accelerated Resolution Therapy (ART), Light Therapy- which has been a true and wonderful benefit to my overall being! And of course you Linda-with the help of the flowers and muscle testing and your deep intuitions. I also ground myself by singing, planting flowers and being with birds and animals. The greatest help in my healing and well-being has been to be able to truly forgive those who have harmed me. They can no longer hurt me because I now have the courage to protect my inner child from anyone or anything that would even try. I've been able to let her know that she is now finally safe with her strong, courageous, quietly determined warrior to stand up for her now and always. Thank you for caring and asking. May your healing go well. Jane"

hello! thank you and also jane, for sharing this journey of healing, deeply touched and appreciate the effort taken to explain all the methods/supports that aided in the process.
the toughest part would be 'letting go' of the past and 'forgiveness' ! The understanding for this requires so much magnanimity, maturity and wisdom!!!
A BIG Thank you.

ARTICLES TO HELP YOU HEAL

The contents of this blog and newsletter is for information and education purposes only, and should not be used to diagnose or treat illness. Sharing your thoughts about your healing journey are welcomed.

Joshua's Lessons - Raising a Healthy Child in a Toxic World

Click here to order your E-book or paperback copy

Click here to Purchase your copy of "A Taste of Sunflowers"

Other Sites to Visit